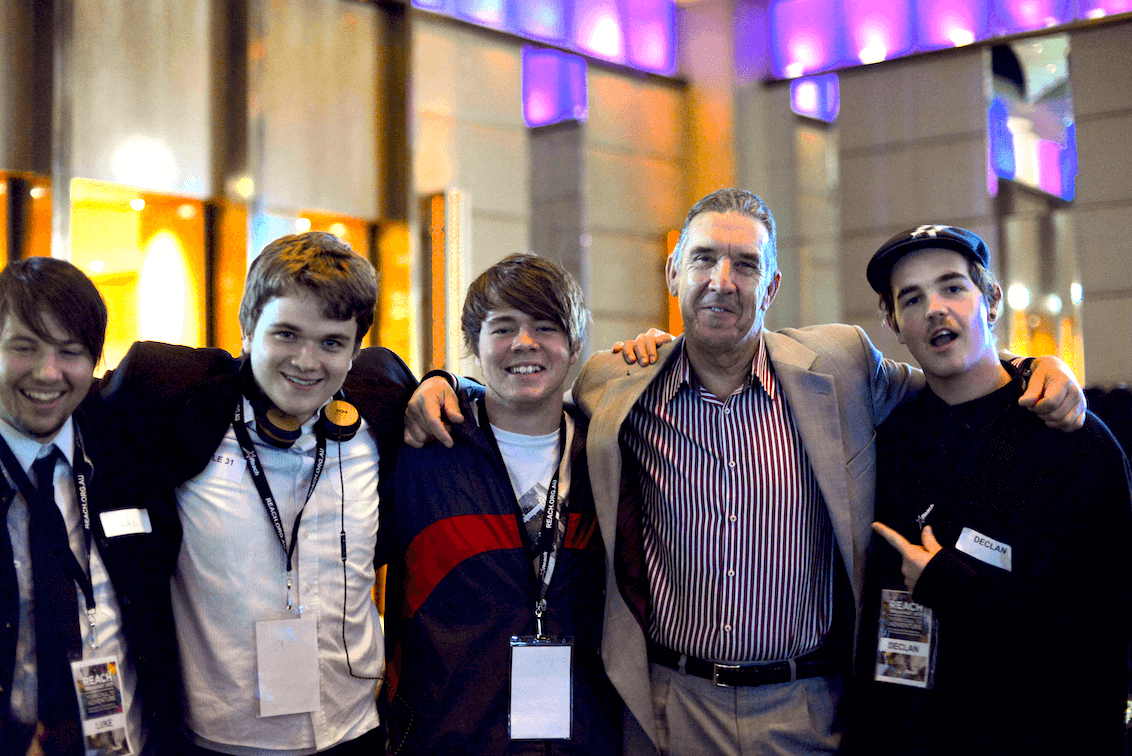 The Reach Foundation is incredibly pleased to congratulate Geoff Harris, long time member of the Reach Family and Foundation supporter, on receipt of the Member of the Order of Australia (AM) in the Queens Birthday 2019 Honours List. Geoff received this honour in recognition of his significant service to the Community through a range of organisations, including Reach, STREAT, Whitelion and the Hawthorn Football Club.

An active figure at Reach since its early days, Geoff has been, among many other things; instrumental in the acquisition of our home in Collingwood, a mentor to many of our CEO’s over two decades, a Board member for six years (2001-2006) and a huge supporter of all our activities in schools and in the community.

In 2017 Reach recognised Geoff’s incredible service to our organisation with the awarding of the inaugural “Supporter Hall of Fame” award for services rendered above and beyond the mandate of his many roles in the organisation.

Reach Co-Founder Paul Currie also lent his congratulations to Geoff – “Geoff Harris and his passion to make a difference is one of the main reasons Reach grew the way it did. His contribution towards helping the organisation grow and also providing Reach its home was one of the most pivotal moments in the organisation’s history. Geoff is an amazing leader with a huge and very caring vision for the young people of this country. There is no act of kindness to big or too small for Geoff. He is truly one of the great Australians. Reach Crew and the hundreds of thousands of young people who take part in our programs will be forever indebted to his vision and generosity for making this country the best it can be for all young people.”

“Geoff has been supporting Reach’s work for two decades. His commitment to supporting young Australians through the numerous organisations he supports is beyond admirable, and we are so grateful to him for having our back.” – Current Reach CEO Sasha Lawrence said of Geoff’s support.

From the entire team at Reach and on behalf of the more than one million young people whose lives have been changed through the work that he’s supported, we’d like to say a huge congratulations to Geoff!