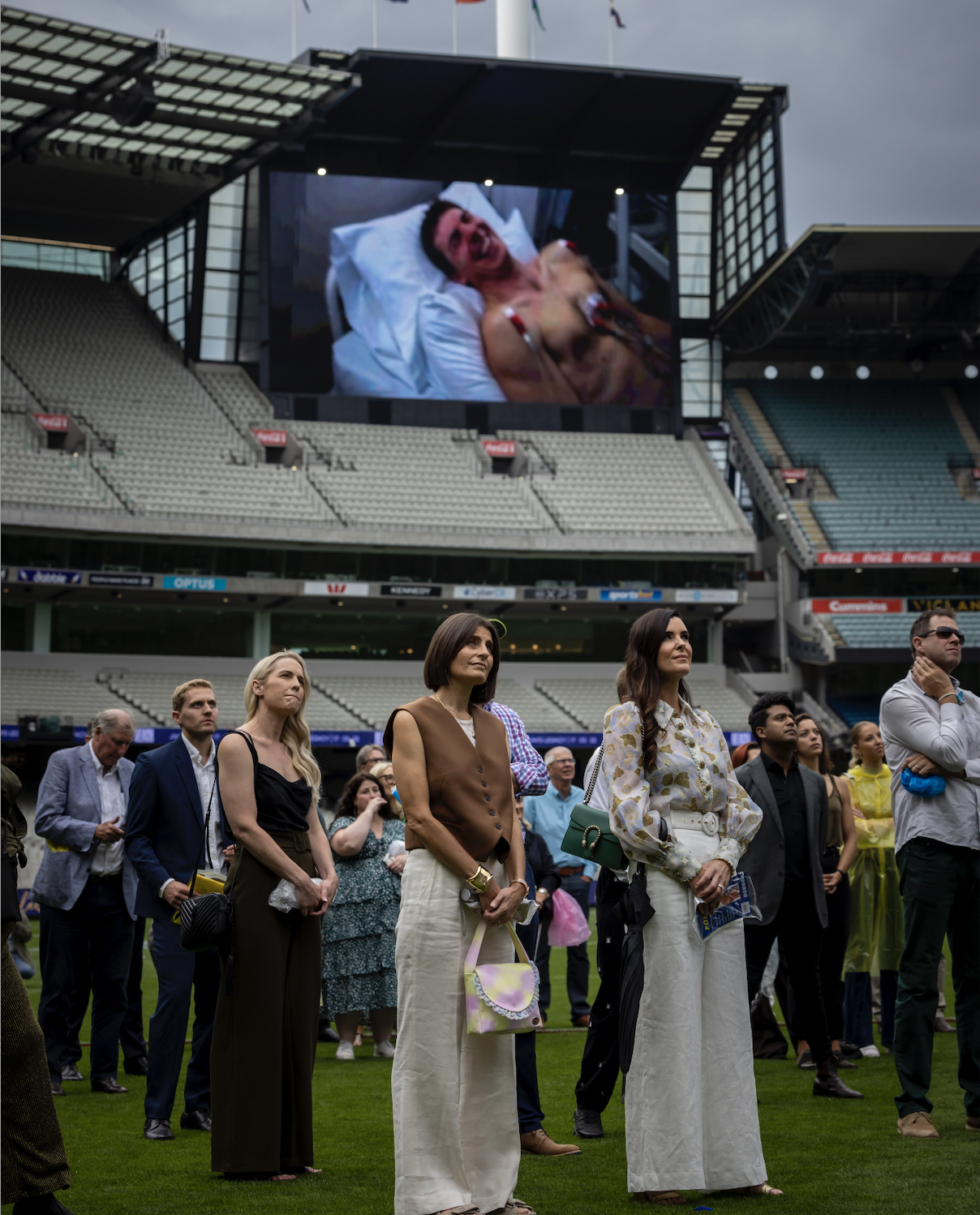 2022 marks a decade since Australian football lost one of its greatest ever players, administrators and legends of the game: Jim Stynes.

On the 10th anniversary of his passing, we held a commemorative fundraising lunch on Thursday 17 March (St Patrick’s Day) at the MCG to honour Jim’s three great loves – family, football and Reach.

We were joined by Melbourne Football club representatives, Reach supporters and members of the wider AFL community to mark the occasion and help us raise vital funds to ensure Jim’s legacy and vision lives on through the vital work that we do here at Reach.

The day kicked off with a memorable and moving moment on the MCG. A dedicated banner, thanks to Melbourne’s cheer squad The Demon Army, took pride of place on the hallowed turf, as all guests ran through and committed to celebrating Jim’s living legacy.

The banner run-through was followed by a luncheon filled with anecdotes, laughter, tears and reflections.

Melbourne captain Max Gawn, having had a unique bond with Jim, shared his own experiences with guests and the lasting impact left on him.

“I remember Jim trying to straighten me out pretty early on…He taught me so much as a player, and I’m lucky enough to wear one of the greatest Demons of all time’s jumpers…The second part is what he taught me as a person. The values that he taught me back then, I’m using now, as a captain, a husband, a brother, a son and a dad…His legacy is living on through so many people, including me.”
-Melbourne captain Max Gawn

Club legend Garry Lyon and AFL CEO Gillon McLachlan continued their support of the Stynes family, alongside Reach’s aim to inspire young people to believe in themselves and get the most out of life.

Our CEO Philippe Magid paid tribute to Jim and the incredible work he did to help others as we near three decades of working with more than one million young Australians.

“Today we are coming together as a community to honour Jim’s life and legacy through the eyes and voices of those who knew him best, and those who continue to be impacted by his legacy through The Reach Foundation…Jim was more than an incredible footballer and leader – he was a great person. Off the football field, he devoted his life to helping young people believe in themselves and get the most out of life.

Reach was Jim’s self-proclaimed passion project – he truly believed in the power and potential of young people. Since his passing, his important work has continued…We look forward to celebrating his life and legacy through a range of commemorative activities with the Melbourne Football Club this year.”
– Reach CEO Philippe Magid

Sunday 20 March 2022 marked a decade since the passing of Jim Stynes, our co-founder, leader, and friend and we couldn’t have asked for a better event to celebrate his legacy.

The event took place with complete support and input from the Stynes family.